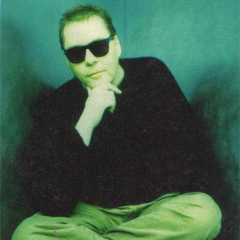 Born
August 4, 1947
Country
Germany
Comments
Composer, electronics musician and producer. Initially a drummer, Schulze soon turned towards electronic music and increasingly became one of the most influential protagonists of the original genre. He retired from live performances in 2013 due to a stroke, but his impressive creativity and output continues. Except for some classical music adaptations, Schulze hardly went for other artists' and composers' works.
Member of
Tangerine Dream 1969 - 1970

Released on Conquest of Paradise (1994)