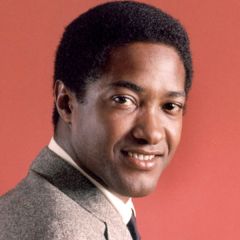 Affiliation
BMI
Comments
R&B, pop, and early soul singer. Cooke was also a songwriter. His death by gunshot in 1964 was ruled a justifiable homicide, but this conclusion has been questioned by many.
He was inducted into the Songwriters Hall of Fame in 1987.
Member of
The Soul Stirrers

A Change Is Gonna Come

Twistin' the Night Away

Bring It on Home to Me

Blowin' in the Wind

Meet Me at Mary's Place

If I Had a Hammer

Originally by The Weavers