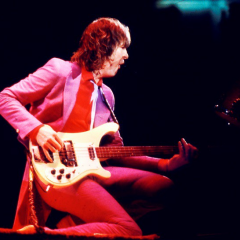 Comments
Progressive rock bassist, singer and songwriter. Squire co-founded Yes with its former lead singer, Jon Anderson, and was the only original band member to have played on all of the group's albums.
Member of
Yes Bass (1968-2015)