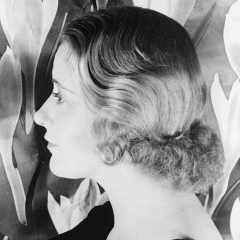 Real name
Mary Willie Grace Moore
Born
December 5, 1898
Died
January 26, 1947
Country
United States
Comments
American operatic soprano and actress in musical theatre and film. She was nicknamed the "Tennessee Nightingale." Her films helped to popularize opera by bringing it to a larger audience. She was nominated for the Academy Award for Best Actress for her performance in the 1934 romantic musical "One Night of Love". Moore died in a plane crash at age 48 in 1947.

Stars in My Eyes

Tell Her in the Springtime