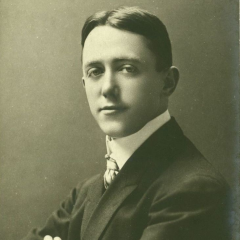 Comments
Singer, actor, dancer, songwriter and producer. He wrote hundreds of songs, and also created many stage musicals beginning with "Little Johnny Jones" in 1904. He is regarded as the father of American musical comedy.
Inducted into the Songwriters Hall of Fame in 1970

Give My Regards to Broadway