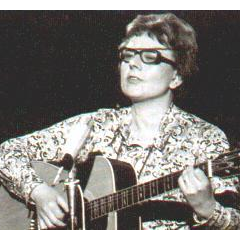 Comments
Singer-songwriter and a member of the Dominican Order in Belgium as Sister Luc Gabriel. She acquired widespread fame in 1963 with the release of the French song "Dominique", which topped the charts around Europe and the rest of the world including the US Billboard Hot 100.