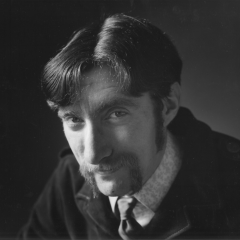 Real name
Tom Constanten
Born
March 19, 1944
Country
United States
Comments
Pianist/keyboarder born in New Jersey and already starting to compose orchestral pieces as a teenager. After having studied astronomy at Berkeley, where he was Phil Lesh'es roomate, he went to Europe and visited classes held by Stockhausen and Boulez. Later he was a member of a quintet led by Steve Reich and the ensemble that premiered Terry Riley's famous minimal music work "In C".
In the long run not coping too well with Grateful Dead's musical schemes and drug habits and also getting involved with Scientology, he left the band after less than two years and headed for other musical destinations.
Member of
Grateful Dead Piano/keyboards (1968-1970)
The Incredible String Band (1970)
Dead Ringers Keyboards

Originally by The Who

Released on Nightfall of Diamonds (1992)

Mountains of the Moon

Originally by The Grateful Dead