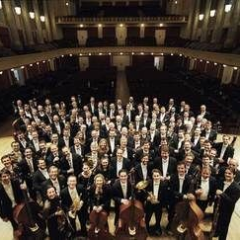 Country
Austria
Comments
The "Wiener Symphoniker" (Vienna Symphony Orchestra) is a world-renowned orchestra, which took on "VSOP" as a side project with which it had a series of quite successful cross-over releases in the 1980s and 1990s merging well-known rock and pop music with their symphonic style. The classical orchestra was led in the past by famous conductors like Wilhelm Furtwängler or Herbert von Karajan. The VSOP is led and directed by Christian Kolonovits.

Rock Me Amadeus / The Classic Touch

Phantom of the Opera