Second Hand Songs is about cover versions. Of course our concentration is on other artists doing covers of previous artists.


That's all good. But it also happens that the artist who made the original makes a remake which is so different at times it is a 100% valid cover version of his/her earlier song.


Are these new remakes years later considered "cover versions" for the sake of this site Second Hand Songs? They appear very much "second hand songs" to me. Just check these versions of same by same artist:

Two versions of "You Came" by Kim Wilde 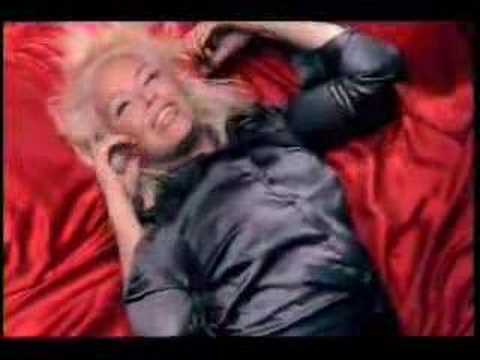 The versions done by Kim Wilde and Cyndi Lauper of their own songs is so different from the original just anybody else doing the exact thing would have made them cover versions autmatically hands down.


So are they proper cover versions?

Can we include them and categorize them as "remakes"...


So far we don't have them: Example:

You Came doesn't have the new Kim Wilde version

Girls Just Want to Have Fun

I think our files will be much richer and more accurate if we included these later versions as proper covers, with the additional note ("remake by same artist").

We've had this discussion many times before and remakes seem problematic, for instance:

We do allow remakes under certain conditions: http://www.secondhandsongs.com/wiki/Guidelines/Cover

Well in these particular two cases, Kim Wilde did a dance version of hre earlier song that is so different.


Cyndi Lauper did a reggae version of an earlier pop hit.


It is interesting to note various "versions" as addressed to different audiences.

The version for pop audiences Shania Twain with Marc McGrath

Yet she has a markedly different country version for exactly the same song, same words, same music done with Billy Currington

These are covers not the same.

But which is cover to which? And how to classify such versions?

I understand your point - one clear case would be Neil Sedaka's two distinctly different hit versions of "Breaking Up Is Hard to Do", one uptempo and one a ballad - separately hits over a decade apart.


In essence, they've 'reinvented' their own songs.


However, I think we cannot be in a position of deciding 'how different' a version has to be to be considered different enough to constitute a 'cover'...its too arbitrary. And if we are not limiting the remakes by the same artist - it opens us up to simply too many - how many times to Pearl Jam remake its hits on its numerous live albums? How many 'Unplugged' albums are out there - where the twist is that the new version is 'acoustic'?


I think the best solution, as I think we discussed last time this issue came up a few weeks back, would be to note in the 'comments' section of the first recording by the artist that there were subsequent new recordings by the same artist...not mandatory, but nice to note - especially if we know that the re-recording was unique in some way (other than, say, just being a live recording).

I remember the Shania versions called in colour terms: the Blue, the Red version etc.


"Forever and For Always" Red version sounded like this

These are valid different versions even if issued simultaneously.


Yes you are right it gets complicated. But cover versions are complicated matters anyway.


Logically though if others can take liberty of interpreting your stuff the way they want, and such efforts are "covers", why you as an author if you do the same thing to your own stuff will not be acknowledged for it at all.


Since each song has a page, it would be quite useful to acknowledge in a unique separate section the remakes he / she has done to his / her songs especially if done in a consequent separate album.

Billy Idol did "Mony Mony" in the early 80s then did a live version of it in the late 80s.

Re-recordings or in German Neu-aufnahmen