Back in 1971, Daddy Dewdrop recorded his version of the old folk song "John Jacob Jingleheimer Schmidt" as the flip side to the novelty tune "Chick-a-Boom". "John Jacob ..." was also released on his self-titled album. However, there are two different versions of the song by him and I'm not sure which came when...


There's an "instrumental" version (instrumental with people singing "Da..." over the music) and a vocal version with Daddy Dewdrop actually singing the lyrics. The instrumentation is the same in both versions. 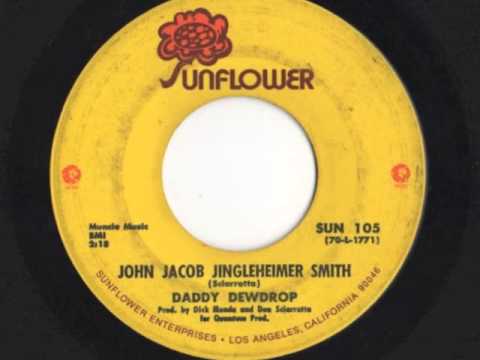 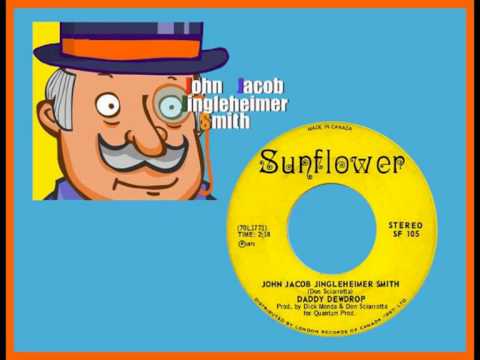 Does anyone know which version was released when?


Sunflower is a sub-label of MGM.

So the answer can be found in The MGM Labels: A Discography, Volume 2, 1961-1982 by Ed Novitsky and Michel Ruppli.


And we are lucky to have a forum-member, who owns a copy of that discography


So Bastien could help you out here.

Thanks jojo. I'll set a reply request for Bastien on this.

Haven't looked any further. I did request a reply from Bastien on this though. I'll try to do more digging this weekend and see if I can figure it out.

Haven't looked any further. I did request a reply from Bastien on this though. I'll try to do more digging this weekend and see if I can figure it out.


I have made some scans from the MGM labels discography mentioned above.


My guess is, altough it isn't noted in the MGM discography, on April 30, 1971 he made some vocal dubbing on the instrumental version of "John Jacob Jingleheimer Smith".

I tried to attach the scans but I got an errorcode: