Written by
Jimmie Davis
Language
English
Comments
The real author of this song will probably stay unknown forever. There are at least four theories about it:

1) Paul Rice wrote it in 1937, inspired by a letter from a fan, and sold his rights to Jimmie Davis and Charles Mitchell in 1940. Some time later, Mitchell sold his share to Davis. This story is the most trustworthy.
2) Jimmie Davis wrote it in the early twenties. This version is unprovable.
3) An unknown lady singer from South Carolina wrote the song and offered it to the Pine Ridge Boys. Another unconfirmed story, but at least it would explain why they were the first to record it.
4) According to Prof. Toru Mitsui (Kanazawa University), the song was written in 1933 by Oliver Hood. Although the source is very authoritative, also this theory cannot be proven for certain.

Currently, Davis is registered as the sole author of the song.
Published by
APRS
PEER INTERNATIONAL CORP

Added by Quentin
Managed by Bastien 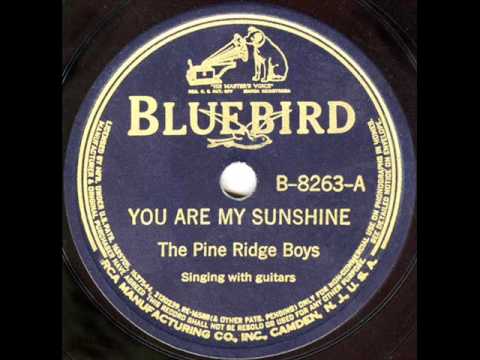